OBS AS A RSC LEAD SCHOOL

We are very proud at Old Basford School to have a very close partnership with the Royal Shakespeare Company (RSC), the Nottingham Theatre Royal, Nottingham Playhouse and our family of local schools (P6P).

This year, OBS enters its third year as a Lead Associate school with the RSC. Of course, this is a massive privilege for our school. However, it is also a commitment from OBS staff to bringing Shakespeare’s plays to life in the 21st Century. As part of our partnership with the RSC, every year select staff receive training in drama rehearsal-room techniques at the Theatre Royal. These members of staff then have to disseminate this knowledge to the rest of the staff who will then put to use during our whole school enrichment week on Shakespeare. While the drama techniques are based on a specific play, the skills are transferable to other pieces of literacy and other areas of the curriculum. We highly encourage staff to adopt these drama-based lessons whenever they can.

A new development this year is to extend our partnership with the Nottingham Playhouse which will allow for even more theatre opportunities for our children! In addition, we will be training 4 of our Year 6 children to become 'Shakespeare Ambassadors' who will help Mrs Thomas (OBS' lead teacher of Shakespeare) to celebrate and promote all things Shakespearian!

THE MERCHANT OF VENICE

As a Royal Shakespeare Company Lead Associate School, every year we focus on one of Shakespeare's plays for a whole week. This year we have all been immersed in 'The Merchant of Venice' which is a tale of love, prejudice, revenge and justice. Each year group has looked at parts of the play (appropriate for their age), reading the text, using drama to bring the text to life and using the language to influence their own writing. We have also used cross-curricular lessons to explore the story and the setting of Venice. We have had visits and support from an artist in Year 6, a drama specialist in Years 3 and 4 and a musician in Year 1. That is a total of 240 children who have received specialist creative arts input. We finished the week with a celebratory assembly looking at some of the work that has gone on. The quality of the work was absolutely amazing. Some of the children had used quotes or phrases from the text in their own pieces of writing. Some children had rewritten parts of the play into modern day language or were inspired to write their own play scripts with stage directions to perform in front of their peers. Some children had used quotes from Shakespeare to help illustrate pictures. Others had created scenes of Venice through different media. Overall there was a wealth of activities that had gone on throughout the week. Some of this work has been displayed in the main corridor- come and take a look next time you are in school! If you would to see work that your child has done during the week, please go to their class page on the website.

YEAR 1 WITH LIAM MALLOY THE MUSICIAN 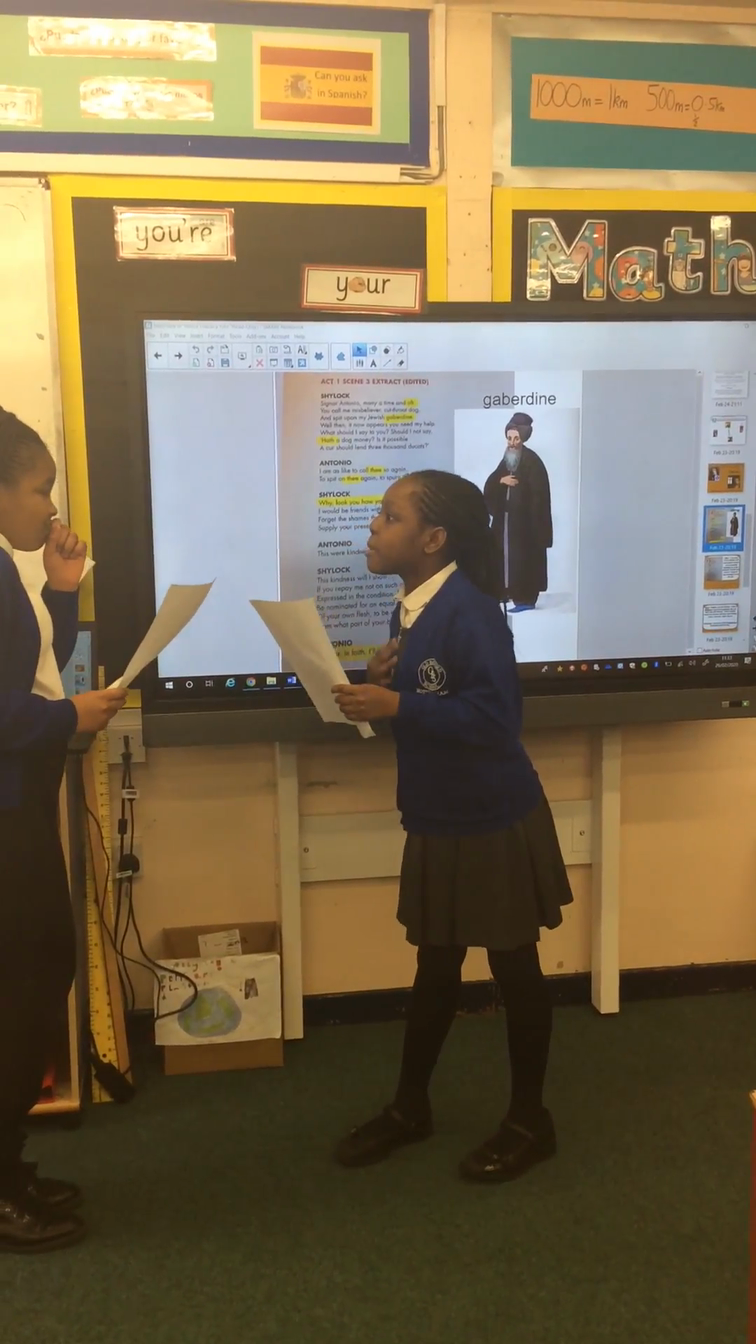 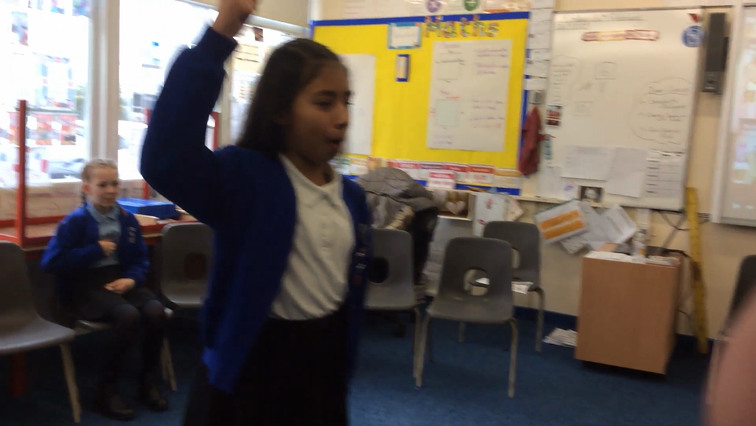 We were extremely privileged today to have hosted the Royal Shakespeare Company who performed 'The Merchant of Venice'. The play was absolutely amazing! Our Year 5 and 6 children were mesmerised by the acting for a whole 90 minutes and although the actors used the original Shakespeare text, the children were completely hooked and understood what was happening. We also welcomed Year 3 from Whitemoor Primary to watch the play who were equally enthralled. My 4 Shakespeare ambassadors, Aaryan, Jack, Kara and Nemrah enjoyed being stage hands and taking part in the play. They did a sterling job and did OBS proud!

Exciting news!For the first time ever we have 4 Shakespeare Ambassadors at OBS. Today Mrs Thomas took the 4 lucky pupils, Aaryan, Jack, Kara and Nemrah to the Theatre Royal to have their introductory trainind session with members of the Royal Shakespeare Company Education Team. We had a great day getting to know the other 36 Nottingham pupils who have been given this prestigious title. The boys and girls got to know about their roles and responsibilities and now have a better understanding about spreading the word about Shakespeare. The children came away full of enthusiasm and really motivated to carry out their roles. The first thing the ambassadors have pledged to do is set up a Key Stage One drama club at lunchtimes. Planning will begin shortly and we hope to start in November.

During the week of 1st -5th April Old Basford had a whole school theme of 'Romeo and Juliet'. During the week the children took part in lots of drama activities influenced by the rehearsal room techniques that are used by the RSC themselves. These activities really helped the children to understand the play, the characters and the dialogue. The children looked at the themes of friendship, love, grudge and hate. You can see from the photographs below how much the children loved acting out the scenes and we certainly saw some aspiring actors! As well as drama, there were other cross curricular activities going on, for example the children created Romeo and Juliet themed art work, writing and used IT.  Even our very youngest children in the nursery experienced the story at their level, understanding that it is about two families that do not get along. They had a dress up day and had their own masquerade ball!

We were fortunate to work alongside an RSC associate artist, musician and dramatist. Three year groups were fortunate to have a day which each of the artists and gain from their expertise. The musician, Liam Maloy worked with the classes in F2 and taught them songs that he had specially written and got them dance along and accompany him with percussion instruments. Liam's songs are very catchy and the children quickly picked up the lyrics and could join in. They loved it! Jane Stockley, the artist, worked with the Year 2 children to create masks for the Capulet masquerade ball, which they did, in fact, wear later in the week when they re-enacted the scene. As you will see from the photographs the masks were made from paper, paper plates and some very clever cutting and folding techniques. They looked fantastic! The Year 5 children were fortunate to work Martha Toogood who worked on the children's drama techniques. The classes then used the scenes to perform in their parent achievement assembly.

The week ended with a celebratory assembly when each year group shared some of their highlights. It really was a fantastic week! As we say at OBS "OPPORTUNITIES BRING SUCCESS"!

YEAR 2 DRAMA- DO YOU BITE YOUR THUMB SIR?

Twenty Year 4 children had the amazing experience of performing at the Theatre Royal in a production of Macbeth with eight other Nottingham schools. OBS performed the final part of the play. They all had 1 or 2 lines to say and all ‘danced’ in a fight scene which was to an original song that they had previously created in school with the musician Liam Maloy.

6 of the children from Year 4 had the wonderful opportunity of acting in The Tempest. They joined 24 children from the other P6P schools and took the play on a tour and performed to the children of those schools. The children were absolutely amazing and we couldn't be more proud of Mya S, Mya B, Mathilde, Esther, Faith and Freya. Please take a look at some of the photos of them performing.

OLD BASFORD SCHOOL IS JOINING THE REST OF THE COUNTRY IN CELEBRATING THE 400TH ANNIVERSARY OF SHAKESPEARE'S DEATH. ONE AMAZING PROJECT THAT WE ARE FORTUNATE TO BE INVOLVED IN WITH OUR PARTNER P6P SCHOOLS, IS 'DREAM 16'. FIVE YEAR 5 CHILDREN WERE SPECIALLY SELECTED TO ACT IN A ROYAL SHAKESPEARE PRODUCTION OF 'A MIDSUMMER NIGHT'S DREAM' AT NOTTINGHAM'S THEATRE ROYAL. IN MAY THE CHILDREN PLAYED THE PARTS OF SOME OF TITANIA'S FAIRIES ALONGSIDE 5 OTHER CHILDREN FROM ROSSLYN PARK. THE OTHER CHARACTERS WERE PLAYED BY PROFESSIONAL RSC ACTORS AND AN AMATEUR GROUP FROM HUCKNALL TOOK THE PARTS OF THE MECHANICALS.  FIFI, ELLA, COURTNEY, CONNOR AND THOMAS WERE ABSOLUTELY AMAZING. THE SHOW WAS A RESOUNDING SUCCESS AND THE CHILDREN WERE STARS! IT HAS REALLY WHET THEIR APPETITES FOR FURTHER DRAMA ROLES.
WE WERE FORTUNATE TO TAKE OUR YEAR 5 AND 6 PUPILS ALONG TO A MATINEE PERFORMANCE OF THE PLAY ALONSIDE THE OTHER P6P SCHOOLS. THE RSC ACTORS SAID THAT THIS WAS A TRULY UNIQUE EXPERIENCE FOR THEM AS THEY HAD NEVER PERFORMED TO SO MANY CHILDREN BEFORE. IT WAS A TRULY SPECIAL AFTERNOON AND HOPEFULLY HAS CREATED A NEW GENERATION OF SHAKESPEARE FANS.
HERE ARE A FEW PHOTOGRAPHS OF OUR REHEARSALS.

A 'sessionid' token is required for logging in to the website and we also use a 'crfstoken' token to prevent cross site request forgery.